Thank you for your patience while we retrieve your images.

Created 13-Jul-18
95 photos, 1 videos
8 July 2018.
NDP and FIG squads visit RAF Brize Norton for a day out with a difference.
The morning was spent looking around Air Traffic, the Fire Section, a C130 Hercules aircraft courtesy of 622 Sqn who also provided a crew to show us around, and a C-17 Globemaster aircraft of 99 Sqn. The afternoon was spent doing team challenges, hosted by 4624 Sqn, all designed to promote the the qualities of trust, communication and team work. And finally, there was the obligatory game of Pictionary to round off a great day.

The highlight of the visit for many was the Fire section, who let the guys loose on their kit, including the crash truck water cannons. They were mightliy impressed when two coaches who shall remain nameless, managed to soak half the group who were up on the Air Traffic balcony. Having been told by one of the fireman that they had no chance of hitting the balcony as the distance was too great - they dult manged to do so - and soak half the squad at the same time - never tell a gymnast theyve got no chance of achieving something!

The team activities also proved a big hit, particulary the 'Spiders Web,' which the giirls did again and again, in different teams and with rule variations that they came up with themselves. Its amazing how tight any gymnast can be when being 'posted' - at speed - through a very small gap when they are racing another team against the clock!

The team challenges we did are the same as those used for team work and leadership development programmes for RAF personnel. Our facilitator was genuinely impressed by the guys ability to work together, to come up with a plan, do it, then reflect on what they done to improve it for the next time - and he couldnt get over how competitive they were!! Moreover, they did every challenge quicker than the adults who do them as part of their training.

The biggest compliment of the day also came from the facilitator: ''What a great bunch - they're all so supportive of each other - its just like a big family.'
Categories & Keywords
Category:
Subcategory:
Subcategory Detail:
Keywords:
© Rich Evans Photography 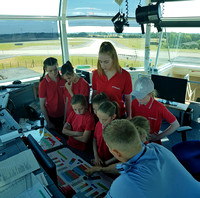 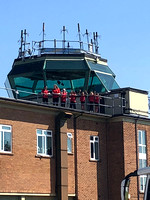